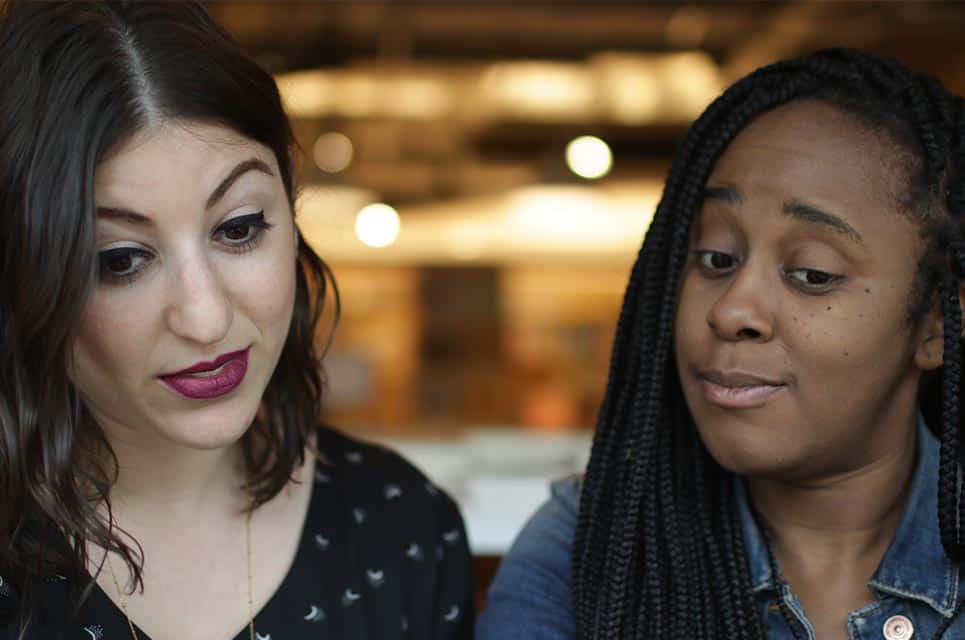 It is alarming how much of our conversational language is rooted in oppression in the U.S. Alarming, but probably not surprising. We pass down turns of phrase from generation to generation until we don’t know what they mean literally, only what they’ve come to mean in our culture.
Below are 7 words or phrases that you probably see/hear around the office fairly often….and are rooted in racism.
Don’t panic if you’ve been using these frequently (even daily?) – let’s get aware and find some simple swap outs.

Ever fill out your new-hire paperwork and check the box marked “Caucasian”?
Intended meaning: white person

Where it came from: In the late 1700s, German philosopher Christoph Meiners believed in the psudeo-scientific theory of scientific racism. Meiners thought that people from the Caucasus region had the “whitest, most blooming, and most delicate skin” and viewed non-Caucasians as inferior and “animal-like.”
German scientist Johann Blumenbach added to Meiners’ theories saying that people from Georgia were the most beautiful on Earth; therefore, it must have been the birthplace of humanity. He then refined his theory of race, believing that all European people came from Georgia and were all part of the same race: Caucasian.
He then created 4 other categories of humans: Mongolian (the yellow race), Malyan (the brown race), Ethiopian (the black race), and American (the red race). These racial classifications would go on to be embraced by the United States and, ultimately, your HR paperwork.

Let’s replace it with: white person!

Sold Down The River

When a colleague tells your manager that you have been leaving early 3 days a week.
Intended meaning: To be betrayed or cheated

Where it came from: During slavery in the US, masters in the North often sold their misbehaving slaves, sending them down the Mississippi river to plantations in Mississippi, where conditions were much more harsh. Yikes.

Let’s replace it with: backstabbed or betrayed

When Jan has one too many opinions on your powerpoint deck
Intended meaning: References hecklers or critics, usually undesired ones

Where it came from:
The peanut gallery was a section in theaters, usually the cheapest and worst, where many black people sat during the era of Vaudeville. Whoops.

Let’s replace it with: people whose opinions I don’t value

We’ve all said this when meeting up with an old co-worker, right?
Intended meaning: Haven’t seen you in awhile!

Where it came from: This phrase is based on mocking the speaking patterns of people who are still learning English. In this case, it’s Native Americans. the Oxford English Dictionary estimates that the phrase originated as far back as 1901.

Let’s replace it with: It’s been a long time! Since I’ve seen you!

When your manager wants you to stay late on a Friday.
Intended meaning: Nope!

Where it came from: Another one that mocks broken English – from the late 1800’s, early 1900’s, this phrase mocks the stereotype of a Chinese immigrant speaking.

Let’s replace it with: Nah, no thanks, I’d prefer not to.

Where it came from: It provided that those who had enjoyed the right to vote prior to 1866 or 1867, or their lineal descendants, would be exempt from educational, property, or tax requirements for voting. Because the former slaves had not been granted the franchise until the adoption of the Fifteenth Amendment in 1870, those clauses worked effectively to exclude black people from the vote but assured the franchise to many impoverished and illiterate whites.

Let’s replace it with: Hey, let’s throwback to before this new set of rules, whattaya say?

Maybe we should stick with ‘dog & pony show’?
Intended meaning: To put on a production or dance around an issue.

Where it came from: The term has roots in slavery-era slang, according to the Online Etymology Dictionary, which states that black slaves “sang and shouted gleefully during corn-shucking season, and this behavior, along with lying and teasing, became a part of the protective and evasive behavior normally adopted towards white people in ‘traditional’ race relations.”

Let’s replace it with: distraction tactics!

Whatever you replace these common office phrases with, there is power in knowing the history (sometimes oppressive) of the language we use in everyday interactions. Hopefully with enough diligence we can evolve these words and phrases out of our lexicon forever.