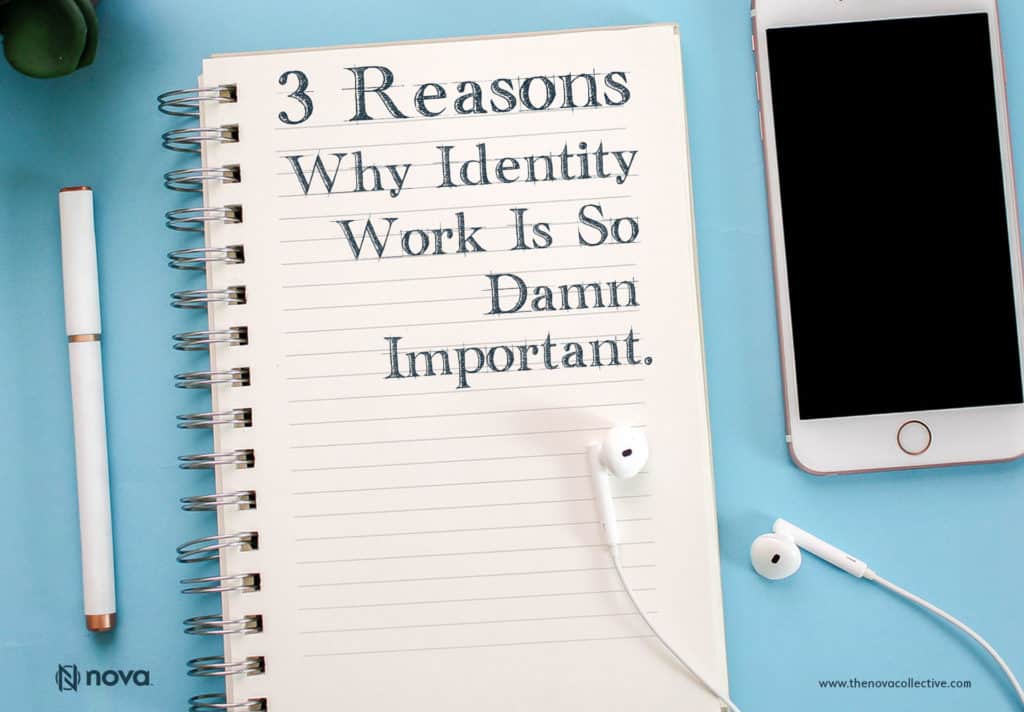 How do you define yourself?

How do you show up with other people in certain situations?  Is it always the same?

Put simply – Do you know your true identity?*

*If you answered ‘yes’, because you have done Identity exploration or because your multiple marginalized identities give you an awareness that others do not have to have, forward this article to your HR or D&I leader immediately so everyone else can catch on and catch up.

These are big, vague questions that may seem difficult to pin down, and the answer is usually “it’s complicated!”.

It is complicated – and too often in diversity & inclusion conversations at work we want to simplify these narratives, make them more digestible and consumable to the total workforce.  We want the trending Unconscious Bias training, or the webinar on Allyship (both of which have absolute value).  We too often jump at these tactics with a ‘one size fits all’ approach, when we know that all too often that translates into ‘one size fits none’.  So before we dive headfirst into Unconscious Bias, let’s make sure we are equipping our workforces with Consciousness around their Identities.

We have long-promoted Identity work as being a meaningful framework and cornerstone of any workplace D&I program.  To help us talk through why Identity is such a priority, we spoke with one of our moderators and thought leaders,  Noor Ali – Director of Social Justice Education  for Campus Inclusion and Community at Northwestern University.

That’s a lot, right?  It is….and it isn’t.  Foundational and continued identity work can give every person in your organization a better framework, toolkit and intentionality on their inclusion journey.

Here are 3 reasons we believe Identity work to be critical to the success of your D&I initiatives:

No one is a monolith

No single person is entirely represented by one facet of their identity.

Noor says, “I think about – what are ways in which my identities interact with one another?  So I’m never just a woman – I’m also an Arab woman.  I’m an Arab, Muslim woman.  So you’re adding ethnicity, gender, religion and exploring how those intersect.“

So much of the conversation around inclusion, bias and privilege can tend to be broad – approaching the issues from a “whole person” perspective without the nuance of different identities and lines of difference.  Ultimately, the whole person is who is impacted in any given situation, and no one is absolved from engaging in these tough conversations simply by parsing their identities.

It can feel overwhelming, frustrating and even lead to anger/resentment to engage in these conversations on a binary.  If someone doesn’t have the understanding or framework of their multiple identities to view different dynamics through, they can shut down very valid work by thinking it doesn’t (or shouldn’t) apply to them.

Framework for other work

A common example of the “no one is a monolith” idea in action is privilege.  We see individuals struggle with the concept of privilege all the time…maybe they grew up low-income or have had other setbacks in their life that they feel exempts them from benefitting from privilege.  Maybe they’ve worked really, really hard to get to where they are and they resent the idea that anything was “easy” for them.  And they aren’t wrong to feel this way.

With the benefit of Identity work, we can frame the conversation differently – talking about who holds what kind of privilege across the different facets of identities.  So, perhaps someone did not experience socio-economic privilege, but they did benefit from male privilege.  Those are two different things, and bear thoughtful discussion across those lines of difference.  One does not absolve the other.

Similarly, conversations around bias take on a whole new lens when breaking it down across lines of Identity.  Understanding where you have been taught to hold bias based on your own identity and the identity of others can unlock useful tools for resisting bias, instead of triggering a shame/guilt storm that leaves you feeling hopelessly prejudiced and powerless. Allowing space for someone to explore smaller facets – instead of giant labels – can engage your employees on a much deeper and more meaningful level.

Personal work involves everyone – or, the ‘so what/what now’ effect

We see disheartening reports fairly often of the “blowback” from D&I initiatives.  Recent research from Ernst and Young and ORC International shows that White men feel left out of diversity initiatives.  Studies have also shown that, when not implemented correctly, bias training can actually activate more bias or spark a backlash.

At Nova, we see this tension as the ultimate balancing act – how can you center the experience of your most marginalized employees while still appealing to the total workforce and showing everyone their role in inclusion?  Identity work makes it personal, and leaves no one out.  Everyone has an identity and most everyone has ways they are privileged (thus have agency) and ways they are marginalized in society.

When working with dominant identities, Noor found that identity mapping and dialogue could lead to increased personal accountability.

“They would say – ‘are you saying that I didn’t work hard to get here?’  No, you absolutely worked hard and you pushed through certain things.  They don’t cancel out.  That is what is useful about separating out social identities.  Yes, you’ve been targeted in this sense AND you hold privilege in other ways.  Now you can say “I need an ally here but I can be an ally here”.  So much growth and so much agency can come out of recognizing where you can create change.”

This is why Identity work is so damn important.  We can involve everyone, be inclusive, and still seek to center the experiences of marginalized folks.  We can get everyone in on the act of inclusion.  So let’s roll up our sleeves and get to work answering the million dollar questions:  “Who am I?  Who are you?  And where can we go from here?”

Nova is a W/MBE providing curriculum, trainings and programs focused on Identity (and other diversity, equity & inclusion programs).  For more information, email connect@thenovacollective.com

The Complexity of Identity by Dr. Beverly Daniel Tatum

OUR APPROACH
OUR PHILOSOPHY
WORKING COMMITMENTS

We use cookies on our website to give you the most relevant experience by remembering your preferences and repeat visits. By clicking “Accept”, you consent to the use of ALL the cookies.
.
Cookie SettingsAccept
Manage consent

This website uses cookies to improve your experience while you navigate through the website. Out of these, the cookies that are categorized as necessary are stored on your browser as they are essential for the working of basic functionalities of the website. We also use third-party cookies that help us analyze and understand how you use this website. These cookies will be stored in your browser only with your consent. You also have the option to opt-out of these cookies. But opting out of some of these cookies may affect your browsing experience.
Necessary Always Enabled
Necessary cookies are absolutely essential for the website to function properly. These cookies ensure basic functionalities and security features of the website, anonymously.
Functional
Functional cookies help to perform certain functionalities like sharing the content of the website on social media platforms, collect feedbacks, and other third-party features.
Performance
Performance cookies are used to understand and analyze the key performance indexes of the website which helps in delivering a better user experience for the visitors.
Analytics
Analytical cookies are used to understand how visitors interact with the website. These cookies help provide information on metrics the number of visitors, bounce rate, traffic source, etc.
Advertisement
Advertisement cookies are used to provide visitors with relevant ads and marketing campaigns. These cookies track visitors across websites and collect information to provide customized ads.
Others
Other uncategorized cookies are those that are being analyzed and have not been classified into a category as yet.
SAVE & ACCEPT
Scroll to Top